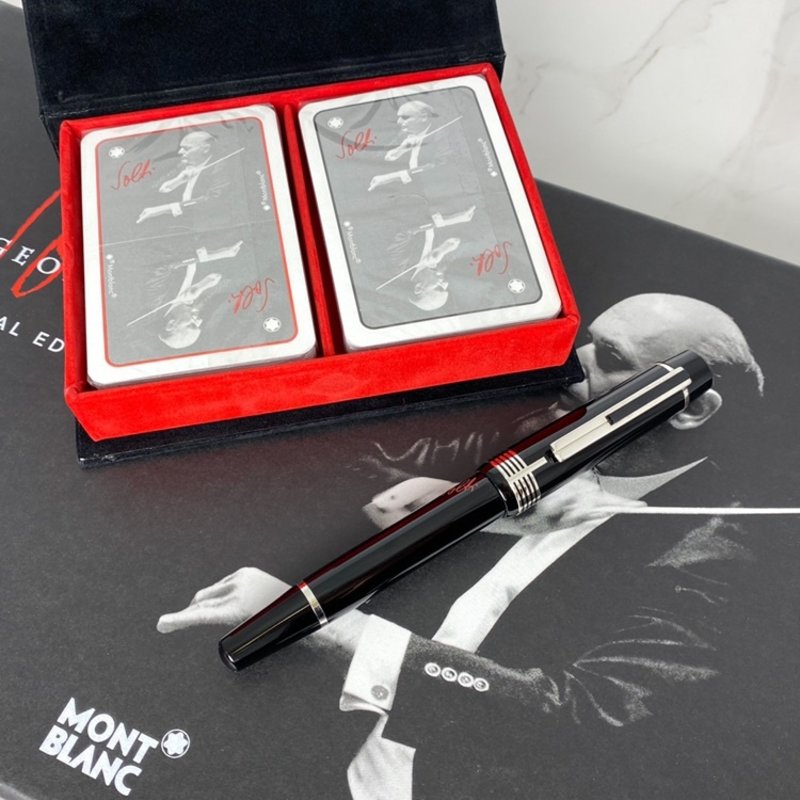 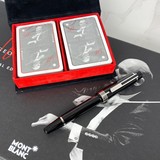 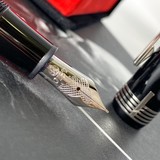 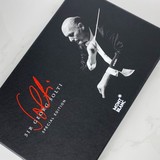 The Pre-Owned Montblanc Sir Solti Fountain Pen is available for order on-line and in-store at Dromgoole's.

The design of this exceptional Special Edition honours both the pianist and the conductor Sir Georg Solti. The jet-black precious resin with the platinised fittings pays tribute to the pianist: the clip symbolises the keyboard of a piano, while the cap rings reflect the piano strings.

The artist´s signature on the body honours the conductor Sir Georg Solti. The radiant red recalls his hand-written comments on musical scores. The fine engraving on the rhodanised 18K gold nib perfectly completes this masterpiece.

Sir Georg Solti is considered to be one of the greatest opera conductors of the 20th century. His performance of Richard Wagner´s "Der Ring der Nibelungen" still counts as a brilliant moment in musical history today. Born as György Solti in Budapest in 1912, the artist began his musical career as a pianist, making his first appearance at the age of twelve. His début as opera conductor was in 1938.

In 1961 he began his time at Convent Garden Opera House in London and in 1972 he became a British citizen and was knighted by the Queen.