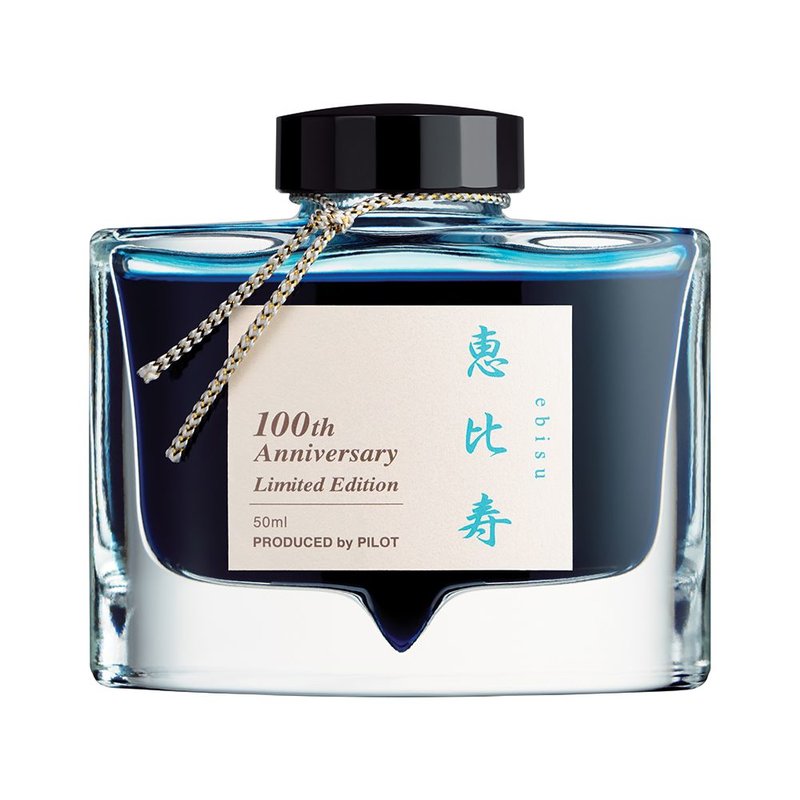 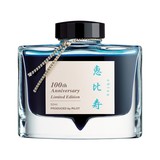 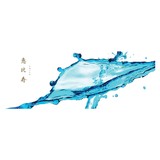 In ancient times, Ebisu was worshipped as the god of plentiful fishing, and is now
regarded as the god of happiness and prosperity who makes everything from businesses to crops plentiful. The light blue ink echoes the color of the sparkling sea around the rock on which Ebisu is sitting in the depiction on the fountain pen. 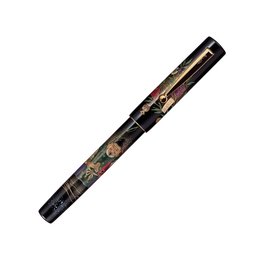 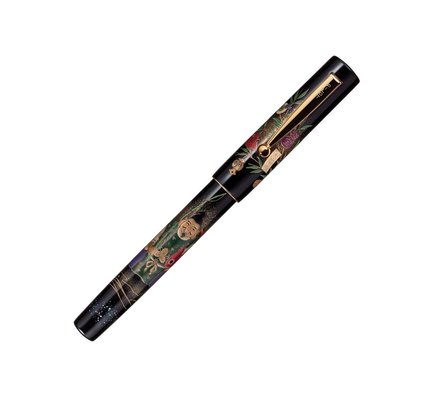