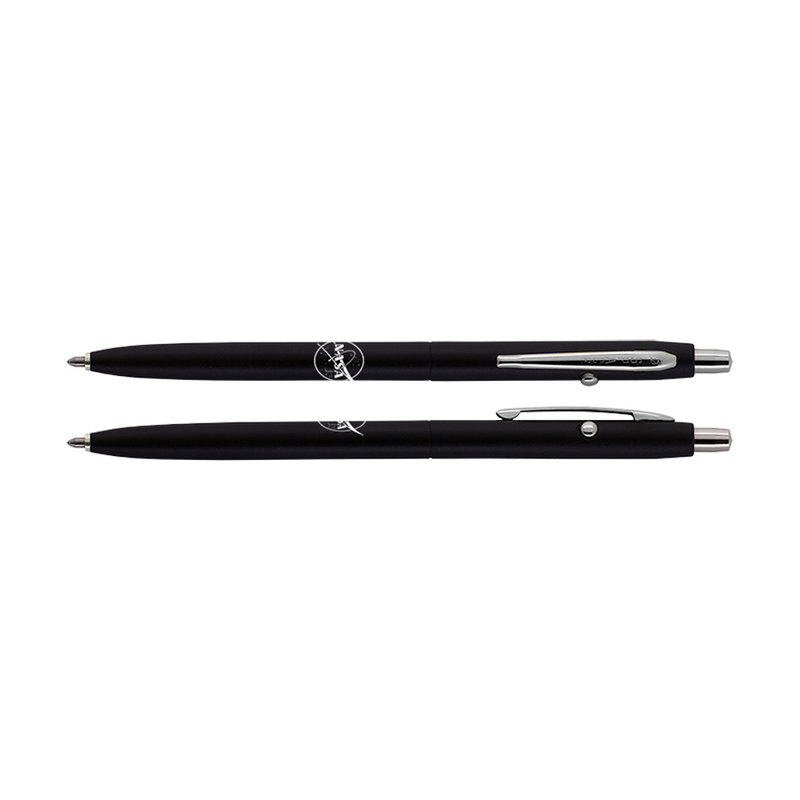 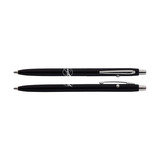 $68.00
The Fisher Matte Black Shuttle Space Pen with Chrome Accent and NASA Meatball Logo is available for order on-line and in-store at Dromgoole's.
Style: Rear Click Mechanism with Side Retraction Button
Length: 5.25"   .310" Diameter
Cartridge: Fisher Pressurized PR4, Black Ink, Medium Point
Packaging: UP101 Gift Box
For over 50 years, Fisher Space Pen has been proud to have our technology approved and used on every crewed flight into space since 1967 with NASA.  Today, space exploration is achieving unimaginable accomplishments, while NASA is continuing to push the envelope of what is possible, in space.  Finally, our fans have the chance to collect their first Shuttle Space Pen donning the NASA Meatball logo!
In 1967, after over two years of rigorous testing by NASA, the Fisher Space Pen was officially selected for use by the Astronauts of Apollo 7 and has been used on all manned space flights since. The Shuttle Space Pen is the latest installment to our Astronaut pen line and was introduced during the Space Shuttle Program as a light-weight alternative to the original AG7 ‘Anti-Gravity Pen’, which was first patented by Paul C. Fisher in 1965.  The Shuttle Pen is now considered to be the pen of choice of the astronauts on the ISS today.
Each CH4BC is composed of solid brass with a matte black finish and chrome accents, and all are proudly produced in the USA! The CH4BC has a modernized appearance and is both thinner & lighter than its predecessor the AG7. It features a unique dual-action knock mechanism that extends the tip via the knock on the end, with a release button on the side to retract it. This side retract button has a satisfying sound and feel to it, ensuring that you will always remember to retract the point before putting the pen away in a bag or pocket.
Shuttle Pens are packaged in a heavy-duty gift box with flock lining and each includes a guarantee and re-order pamphlet with a brief description of the history of Fisher Space Pen Co. 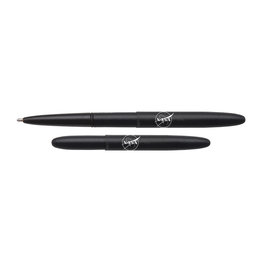 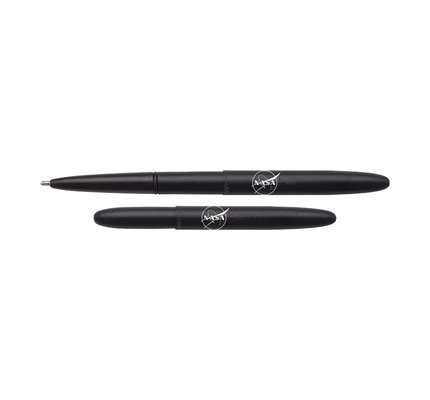 The Fisher Matte Black Bullet Space Pen with NASA Meatball Logo is available for order on-line and in-store at Dromgoole's. 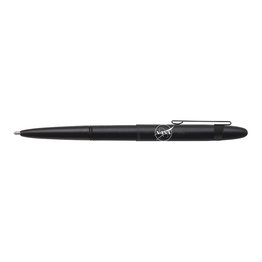 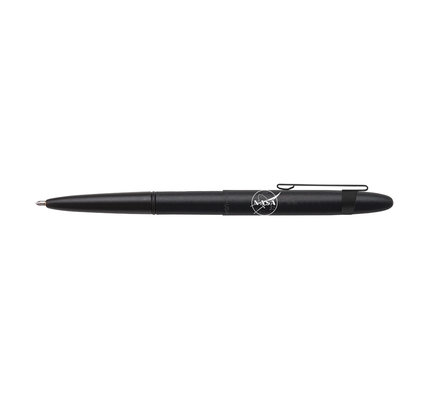 The Fisher Matte Black Bullet Space with Matte Black Clip and NASA Meatball Logo is available for order on-line and in-store at Dromgoole's. 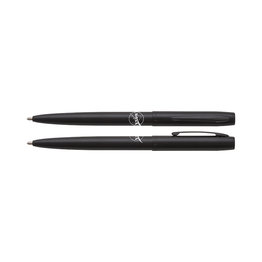 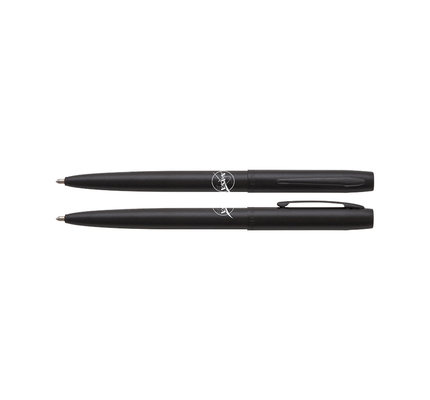 The Fisher Matte Black Cap-O-Matic Space Pen with NASA Meatball Logo is available for order on-line and in-store at Dromgoole's. 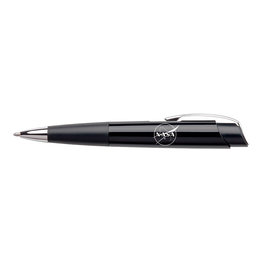 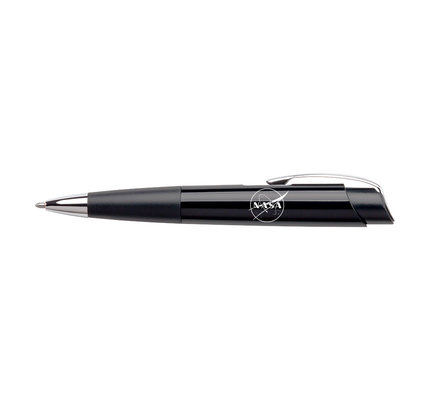 The Fisher Eclipse Space Pen with NASA Meatball Logo is available for order on-line and in-store at Dromgoole's.