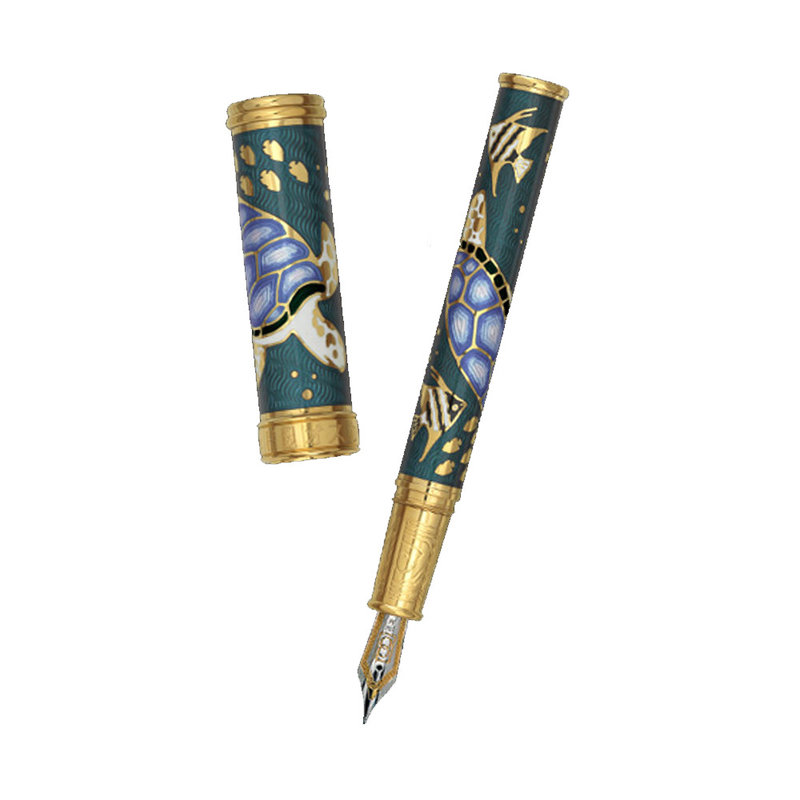 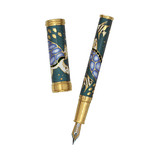 The David Oscarson Sea Turtle Collection Teal with Gold Fountain Pen is available for order on-line and in-store at Dromgoole's. 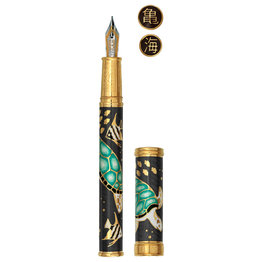 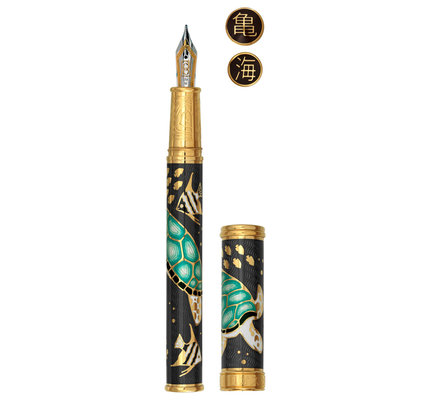