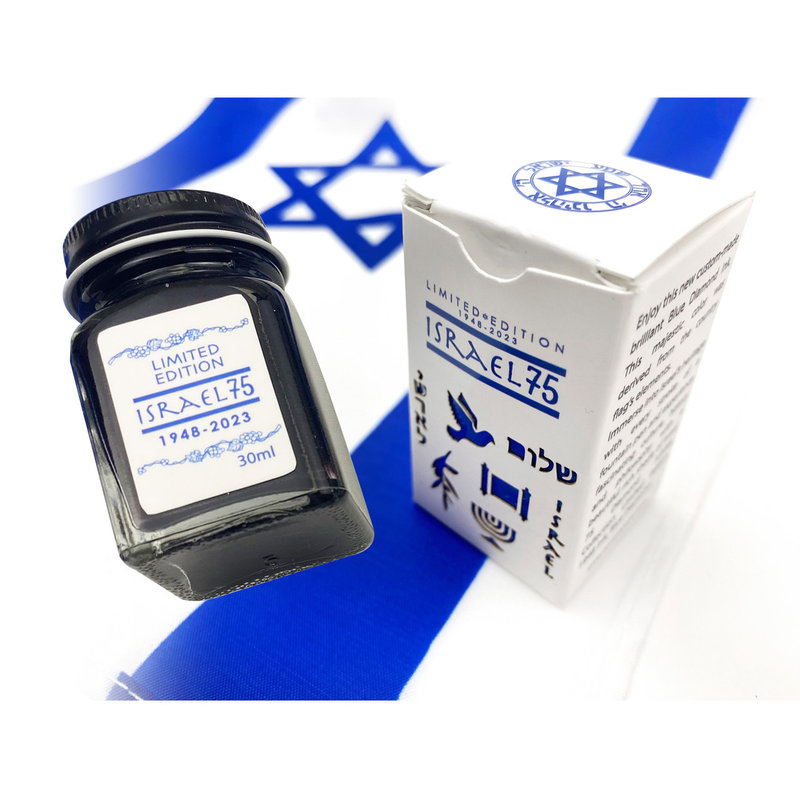 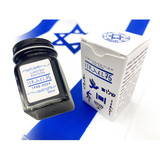 Israel is a sacred land that represents spiritual and religious identity. It is not just a country but a symbol of important cultural values of national and universal significance to its people 75 years ago on the 14th of May 1948, Israel declared independence and regained its natural birth right; a sovereign Jewish state, by which those who live within its borders can be liberated from persecution, be free to express their culture openly, and to practice their religion fully without hindrance or fear. Many have aspired, and fought to have a land in which to call their own again, to return to Zion and the Land of Israel. There are scores of people to thank for their aide in the establishment of Israel, but none quite like Theodore Herzl. He was a journalist and writer who sought to form a Jewish state in the Land of Israel by spreading his ideas through pamphlets and later a book, gaining international attention and popularizing political Zionism. Through his words, he single handedly unified the Jews and brought to light the injustices inflicted on his people. Though he died long before its establishment, Herzl is considered to be a father of the State of Israel. “Let me repeat once more my opening words: The Jews wish to have a State, and they shall have one. We shall live at last as free men on our own soil, and die peacefully in our own home. The world will be freed by our liberty, enriched by our wealth, magnified by our greatness.” Theodore Herzl (1896), A Jewish State.

Conklin® is proud to introduce the Israel 75 Anniversary Diamond Jubilee(a special anniversary celebration) Limited Edition 1948 Collection, a revitalized design of a vintage Conklin classic, a fountain pen, a rollerball and a ballpoint collection. Exceptionable to look at and even better in hand, the Israel 75 is as unique as it is stunning. Machined to perfection and scrupulously hand-polished, the Israel 75 body features one of a kind high-graded blue and white resin, olive wood, and is then adorned with striking chrome accents along the overlay, clip and rings. Made with elaborate attention to details, each writing instrument is a visual representation of the country. Beautiful satin chrome plated overlay out of which a design is carved. The custom-made resin underneath displays the main symbols of Israel’scultural values: words Israel and (Israel in Hebrew); a dove and an olive branch, recognized throughout the world as a token of peace; the seven-branched Menorah, symbolizing the seven days of Creation; the Hebrew word Shalom, meaning "Peace" (one of harmony and contentment, in complete peace); the Torah, representing the core of the Jewish spiritual and religious tradition. Located along the olive wood top of the cap is an intricately engraved coin with the Star of David encircled by the Shema Yisrael (the centerpiece of the daily morning and evening prayer services) that reads Hear O Israel, the Lord is our God, the Lord is One. The clip is etched with a grape vine design on it as a symbol of the Tree of Life. The band of Israel 75 incorporates the sacred Western Wailing Wall (Kotel in Hebrew), long believed to be the sole remains of the Second Temple, that stood in Jerusalem for over 2000 years as well as a numerical reference to the 75th anniversary years: number 75 and in Hebrew numerology.

Each pen is a unique piece of art. Conklin Israel 75 Anniversary Diamond Jubilee collection is a numbered Limited Edition of 1948 pieces. The fountain pen fills via cartridge or converter (included) and is equipped with a premium #6 JoWo nib personalized with the Conklin name, the historic “Toledo, USA” mark, and a crescent-shaped breathing hole. The nib is available in stainless steel Extra Fine, Fine, Medium, Broad, Stub, Omniflex and 14KT Solid Gold Fine, Medium and Omniflex points. The rollerball accepts standard international rollerball refill. Ballpoint comes with Parker- style ballpoint refill. Each fountain pen is displayed in a custom-made luxury gift box with a bottle of new exclusive, specially-made Blue Diamond ink. The ink is inspired by the blue color of the country’s flag. Each rollerball and ballpoint come in a blue Conklin gift box. Each pen box is fitted with an explicitly designed sleeve. The sleeve is decorated with cut-outs in the shapes of the pen’s overlay symbols through which blue flag color is visible, creating an intricate pattern on the sleeve. 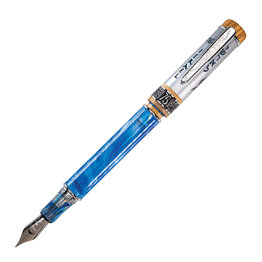 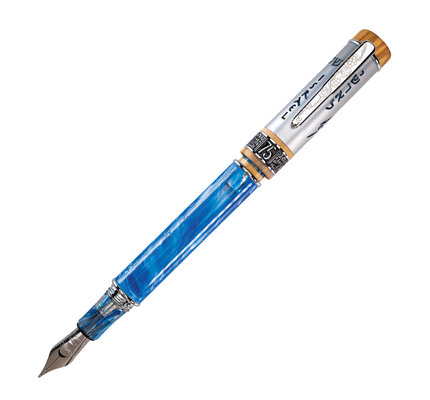 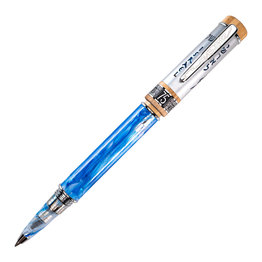 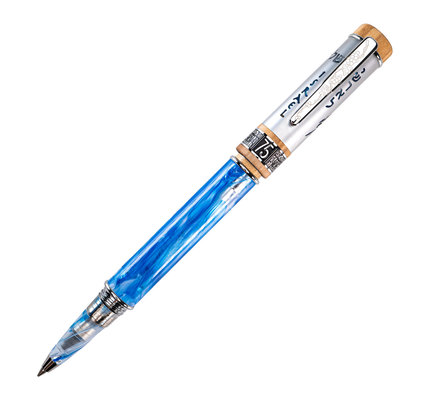 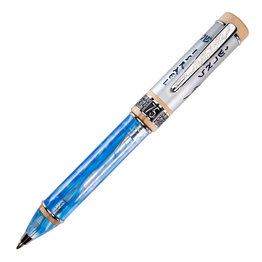 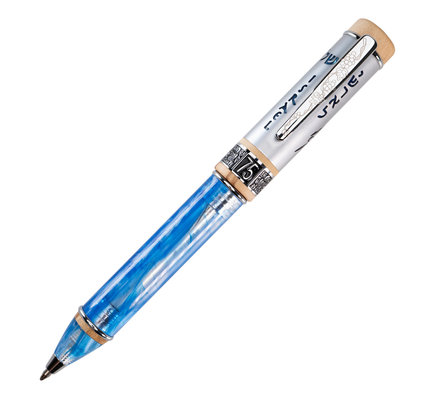