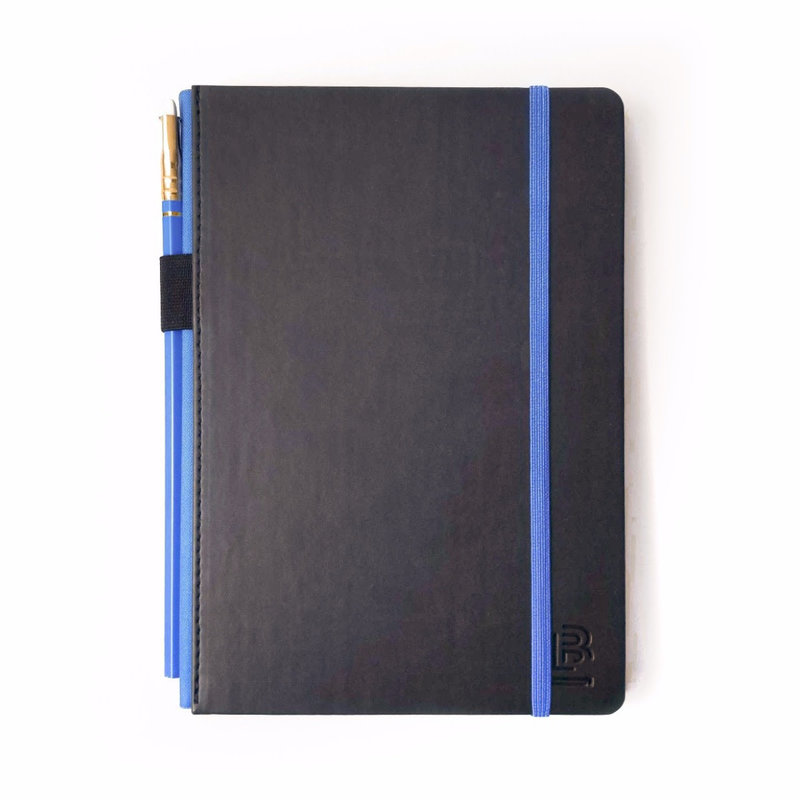 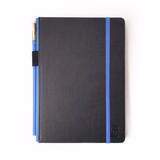 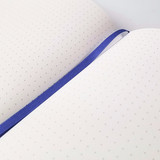 The Special Edition Blackwing Eras Palomino Slate A5 Blue Notebook is the matching companion to the newest release of the Palomino Blue Pencil. Featuring 160 pages of 100 GSM dot-grid paper this beautiful notebook has a matte black cover, a blue placeholder ribbon and closure, and a blue pencil holster loaded with a limited-edition Blackwing Palomino Blue pencil.

Blackwing pencils were favored by award-winning creators throughout the 20th century. Despite a cult following, they were discontinued in the 1990s. Devotees began paying as much as $40 on eBay for a single pencil.

In the early 2000s, we used our access to the best wood, graphite and artisan makers in the world to launch a truly premium pencil we called the Palomino. The buzz surrounding these pencils led to fans of the discontinued Blackwings to ask us to try and bring Blackwing pencils back for a new generation. In 2010, we did just that.

Each set includes 12 special edition pencils inspired by the Palomino pencils that paved the way for the Blackwing revival. 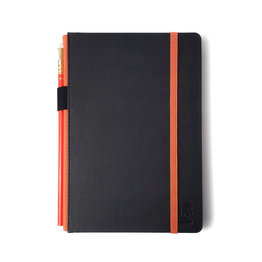 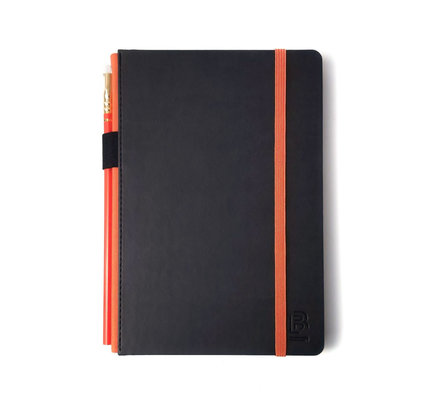 The Blackwing Special Edition Eras Palomino Slates A5 Orange Notebook is available for online and in-store purchase at Dromgoole's.